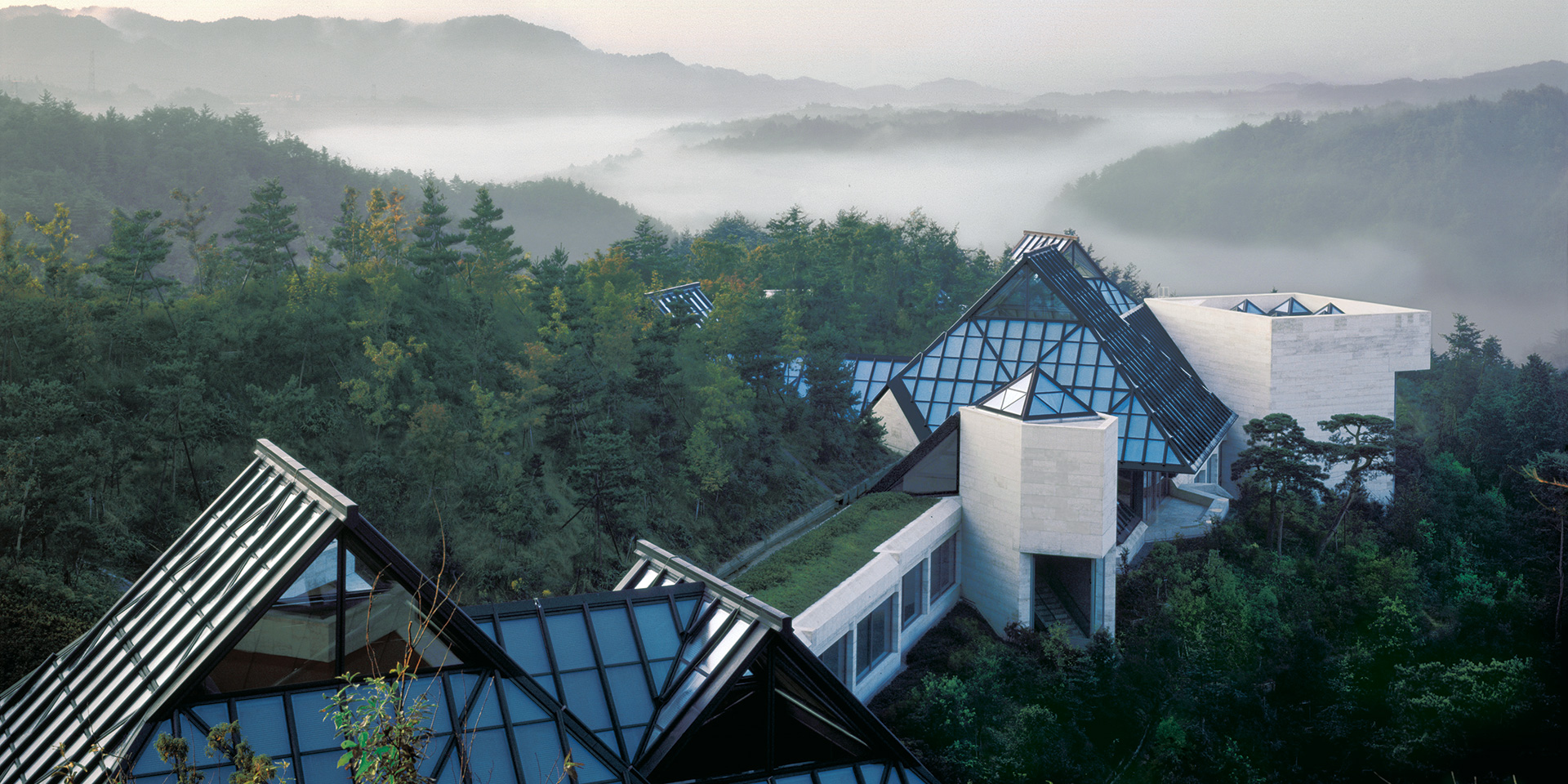 Situated amid the abundant natural beauty of the mountains of Shigaraki, the Miho Museum was designed by Chinese-American architect I.M. Pei, best known for designing the glass pyramid at the Louvre Museum in Paris.
Pei designed an evocative, serene approach to the museum inspired by the ethereal utopia described in the Taohua Yuan Ji (The Peach Blossom Spring), an ancient work written by Chinese poet Tao Yuanming. Visitors are led down a walkway enveloped by weeping cherry trees, pass through a tunnel and walk over a suspension bridge before arriving at the museum.

After passing through the gracefully arching tunnel, visitors get their first view of the museum from the hip-and-gable style roof of its entrance situated at the far side of a bridge spanning a valley. Pei is known mostly for structures having a sculpted, symbolic look such as the East Building of the National Gallery of Art in Washington or the Bank of China Tower in Hong Kong. But about 80% of the Miho Museum has been created underground as a way to preserve its natural environment, so much of the structure lies buried in the mountainside out of sight.

Stepping into the understated entrance, visitors find themselves enclosed by gentle honey-colored limestone walls while light pours in from a glass roof amid a panorama of mountains rolling gradually into the distance. The entire roof is constructed from space frames made up of geometric combinations of triangles, a shape selected for its simplicity. The large space formed by the roof creates outstanding structural beauty.

Upon leaving the exhibit area after immersing themselves in Eastern and Western artworks, visitors are given the feeling of stepping into the natural world by the space’s ever-present abundant natural scenery and natural light. We hope visitors will enjoy this introspective space while experiencing beauty in various forms. As Pei has stated, “I think you can see a very conscious attempt on my part to make the silhouette of the building comfortable in the natural landscape.”

I think you can see a very conscious attempt on my part to make the silhouette of the building comfortable in the natural landscape.